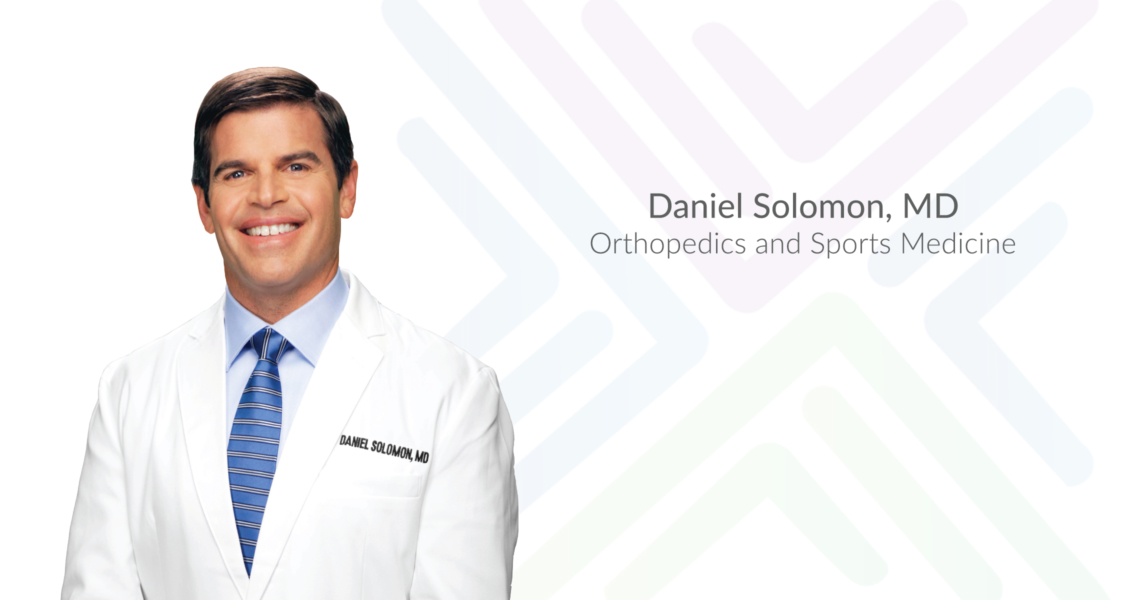 Dr. Daniel Solomon is a Marin County native, raised in San Rafael. His interest in medicine was first sparked by his grandfather, who worked with the German track team in the 1928 and 1932 Olympic games. Hearing his grandfather’s stories inspired him to pursue his medical degree, and his interest in athletics made sports medicine a natural fit for him.

Dr. Solomon joined the team at California Orthopedics & Spine in 2009. He is on staff as an orthopedic surgeon at Novato Community Hospital, MarinHealth Medical Center, North Bay Regional Surgery Center, and the Center for Specialized Surgery. As a physician and surgeon, he strives to spend time understanding each patient’s unique condition and situation and provide a personalized and involved approach to treatment. To him, the most rewarding part of what he does is fixing problems, and he loves to see his patients return to their normal, active life following treatment. In addition to his orthopedic surgery services, Dr. Solomon has also contributed his time and knowledge to over 70 publications about orthopedics and sports medicine, including journal articles, book chapters, and online chapters.

After completing his undergraduate studies in physiology at UC Berkeley, Dr. Solomon was accepted to the Chicago Medical School, where he first met Dr. Lawler. During his time in Chicago, he learned more about the orthopedic specialty and was drawn to the variety of treatments that he could provide, which not only improved the athletes’ quality of life but allowed them to return to peak performance after injury.

Dr. Solomon interned at the Naval Medical Center in San Diego and worked as a flight surgeon in the Navy for three years following his internship. He went on to complete an orthopedic surgery residency at the Naval Medical Center and worked on staff for two years at the Navy Hospital in Yokosuka, Japan. During his time in the Navy, Dr. Solomon earned over 15 ribbons and medals for his outstanding service. Dr. Solomon completed a fellowship in the Sports Medicine and Shoulder Surgery Hospital for Special Surgery in New York. He specializes in the full scope of shoulder and knee treatment and sports medicine, performing complex treatments such as rotator cuff repairs, total shoulder arthroplasty, shoulder labral repair, shoulder stabilizations, bicep tendon repairs, ACL reconstruction, complex knee ligament reconstruction, partial knee replacement, meniscus repair, the treatment of tendon and muscle injuries, and much more.

After completing his fellowship training, Dr. Solomon knew he wanted to provide the highest qualified treatment to his patients. He chose to complete the requirements necessary to become board certified by the American Board of Orthopedic Surgery and has maintained this certification since 2004. He also maintains a Certificate of Added Qualification in Sports Medicine from the American Board of Orthopedic Surgery.

Outside of the office, Dr. Solomon cherishes his time with his wife and two daughters. He also enjoys trail running, mountain biking and swimming. Since he was an avid swimmer growing up, he also works closely with USA Swimming as a Team Physician, taking care of the team on over a dozen international trips, including training camp for the 2016 Rio de Janeiro Olympics with the open water national team and at the World Championship in Shanghai, China in 2011